Thank you! Your submission has been received!
Oops! Something went wrong while submitting the form

The next generation of diecast models

Welcome to the Inflight 200 Models website. We shall be posting regular updates with all the news from Inflight 200 and what is being proposed for the future with the range. Inflight 200 models are regarded as some of the best diecast 200 scale models on the market with a high quality of detail and printing making a true 200 scale replica. We at Inflight 200 have a great range of models which is being constantly being added too and we produce models in very limited numbers making them highly collectible. Please bookmark the site and check back with us as we are sure there will be something for your collection.

Inflight 200 models are proud to be working with Qantas in producing a fully licensed model of the Boeing 787-9 in 200 scale which has recently been revealed to the public. Qantas has supplied Inflight 200 with detailed artwork for this special model and the official unveiling for this aircraft by Qantas will be in November 15th 2019 which will be the start of their years centennial anniversary leading up to November 15th 2020 which is the 100th anniversary for Qantas. Congratulations!

Dear Collector As we have seen on the world news the coronavirus COVID19-VIRUS has taken a hold and the Chinese Government have stopped all manufacturing in China. In January 2020 factories in China closed for the Lunar New Year and were due to reopen on February 3rd 2020. Because of the outbreak of cronavirus, factories returning to work was delayed until February 10th which unfortunately didn't happen either. The latest news now from the Chinese Authorities is the 17th February but we await more information on this. The coronavirus can be spread in crowded places like factories and public transport and the Chinese Government want to really get to grips in controlling this outbreak. Coronavirus will effect all products made in China not just model aircraft .

According to the World Health Organisation the virus can only survive on a non-living surface for upto 36 hours. If the virus was able to live on surfaces longer than this then a quarantine procedure would be set up as Inflight 200 models want to ensure we are 100% safe from the virus. We would like to thank you for your patience with receiving the newly announced models but this is out of our control at this time. We would also like to wish anyone suffering with this virus a speedy recovery.

May is now with us and unfortunately so is the virus which is taking a toll on the airline industry around the world with reports of airlines filing for bankruptcy and closing down. A lot of airlines are now predicting as long as 2026 before they start to see the full recovery from this pandemic. This of course has effected manufacturing which is slowly getting better and the shipping of the models around the world is now being effected with the shortage of flights and ships which medical supplies is getting preference which we understand. We are doing all we can at this time to try and get the models out in a timely manor but sometimes things do not all go to plan so your understanding is appreciated.

​ New models have been announced for this month which includes some interesting subjects and some of the models have been released from requests that we have received from you the collector so please keep the ideas coming. The full list of releases can be seen below and also in this list we have included the Air Force One VC-137C which had THE SPIRIT OF '76 applied to the aircraft by President Nixon and this was deleted in 1977 by President Carter, this model will be released with a high quality collectors coin.

Once again we wish you and your families well and be safe.

“NEW ARRIVALS” is where you can see photos of the most recent models in the process of being despatched Worldwide to our distributors. A newly added "FEATURED GALLERY" will display 15 releases of model aircraft we think will be of interest to the collector or Airline organisation respectively.

During 2018 we manufactured more exclusive models for Airlines and Air Forces worldwide than ever before and we are proud to announce many more are on order so keep Inflight200-models.com on your favourites and check back regularly for updates.

InFlight 200 is a professional range of 1:200 scale model aircraft manufactured for the World's Airlines and model collectors alike.

Pioneering engineers for Inflight200 were able to manufacture a superb quality of model aircraft never seen before in the scale of 1:200. The range has high technical tampo printing, rolling undercarriage with rubber tyres, spinning fan blades in the engines, antennas and with the larger aircraft types a swivelling nose wheel, leaving nothing to the imagination. With feedback and praise coming from airlines and collectors around the world Inflight200 continues to strive to set new standards including additions of flaps up or flaps down choices in wing configuration.

Inflight200 has a wide range of civil and military aircraft types manufactured over the years including "retro" models of the 1960's, 70's and 80's. The largest aircraft manufactured to date has been the NASA Boeing 747 with space shuttle on the back, down to the smallest being the Lockheed C-140 Jetstar. New mould types are planned so keep a close eye on this website for more news.

Please use the navigation menu to the left to view the wide array of models released to date.

Inflight200 are pleased to be able to offer model types of airliners and military transports from the 1960's to the current day.

We celebrated in 2007 also the 40th anniversary of the Douglas DC-8-63 which first flew on April 10th 1967 and was delivered to KLM Royal Dutch Airlines on July 15th of the same year. The aircraft was then put into commercial service on July 27th 1967. With the development of the series 63 aircraft which was the fuselage of the DC-8-61 and the wings of the DC-8-62, we at Inflight thought it would be good to develop this model from our very much appreciated DC-8-62. We were pleased to be able to introduce the DC-8-63 into the collection in 2008, with Iberia being the first and CP Air coming later that year.

We at Inflight 200 want to be able to capture the history of aviation with models of high quality and detail.

We hope you enjoy our efforts in bringing accurate models to your collection.

We at InFlight 200 would like to show the amount of precision work involved and the various stages of manufacturing process, from concept to finished product. Below, is only a small sample of the intense work that goes into the production of our models.

Stage 1: Deciding the subject of the next mould.

Using the 747 as an example, the first thing to establish is how many liveries can be applied to the aircraft, bearing in mind that the mould cost for this aircraft is in excess of US $80,000! Of course, the 747 will be a very popular subject, hence the next step is to approach Boeing for the license to manufacture their aircraft. Once licensing is agreed, and royalties are negotiated, we can move on to stage 2... 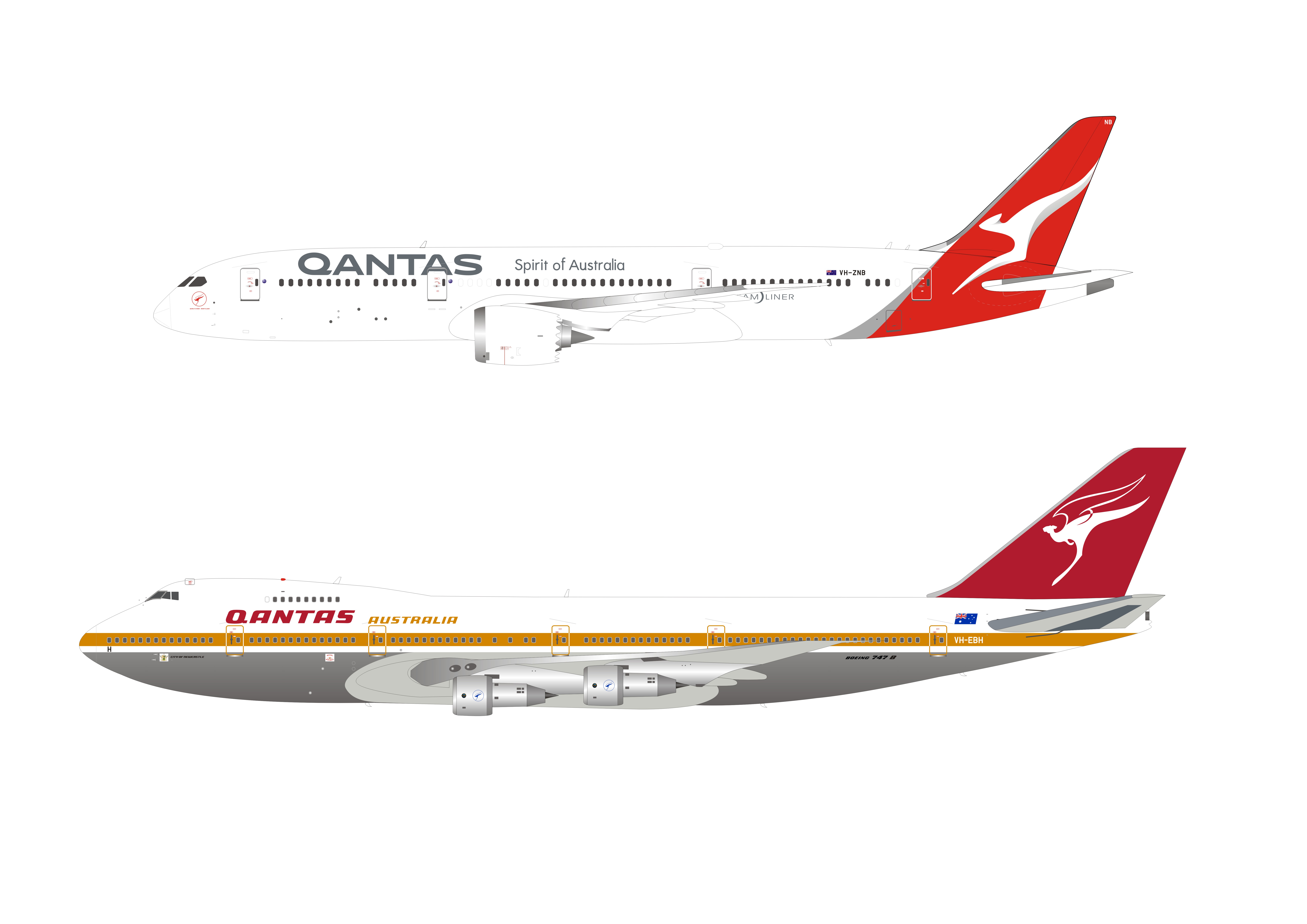 Stage 2: Deciding the colour scheme for the next release.

This stage of production takes place at least six months before scheduled release date. The choice of scheme depends on a number of factors, such as airline license, saleability and collectability. If an airline approaches us for a product, we do our best to ensure that limited numbers become available for the collector, for example with the Qantas releases. Once an airline has been decided, any airline licenses are obtained and royalties negotiated, we can then move on to stage 3... 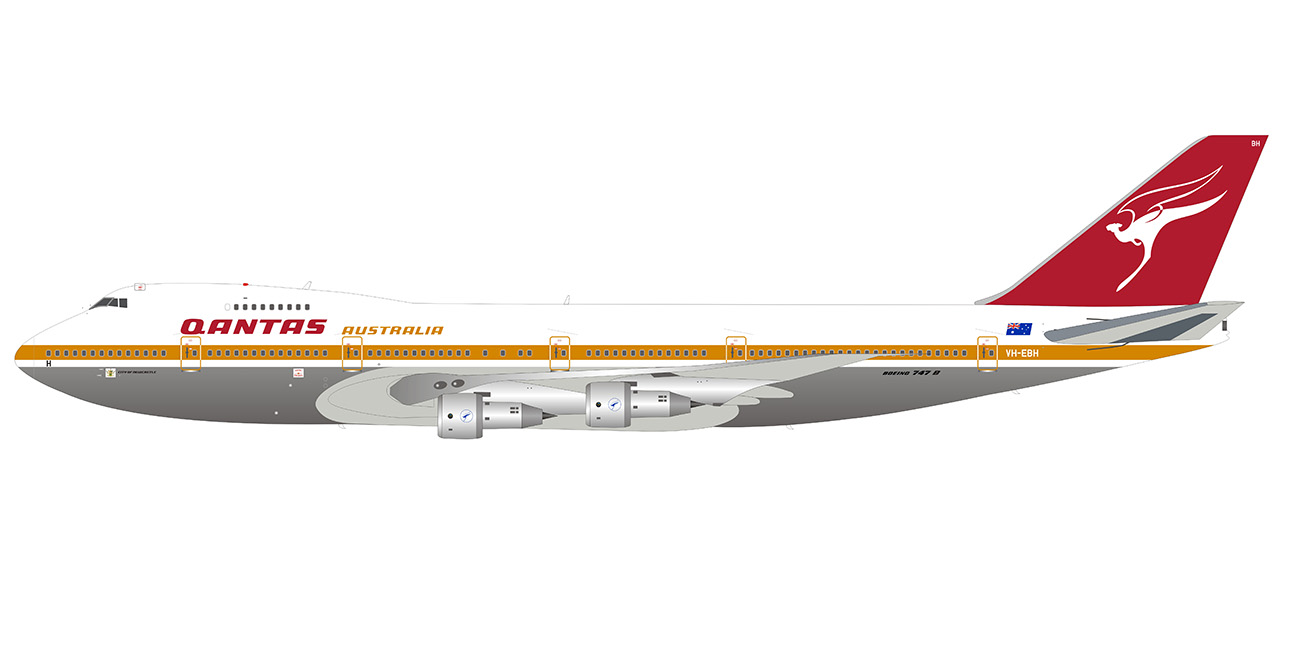 Communication with the factory in China opens with us sending information and reference pictures for the chosen subject. With regular visits to the factory, we are able to check up on progress, and make corrections and alterations where necessary; if needed, we can consult the airlines for their requirements. Artwork (see below) can take up to two/three months to achieve the required standard, with various emails and telephone calls back and forth to the factory before stage 4... 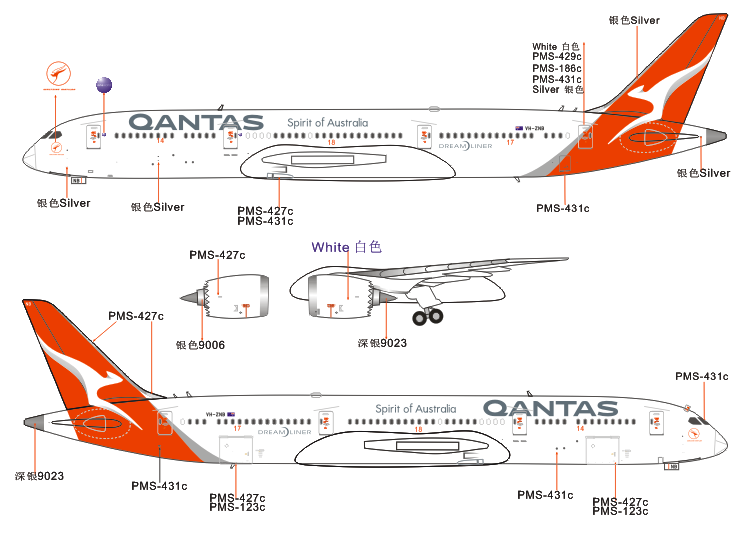 The artwork for this particular aircraft was put on various forums for the collector to scrutinize, and to pass comments on anything that needed amending.

Once the artwork has been approved and signed off, the model can then go into production. Contrary to belief, these models are hand made. Each model passes through approximately 30-40 pairs of hands before the finished aircraft is boxed for dispatch. 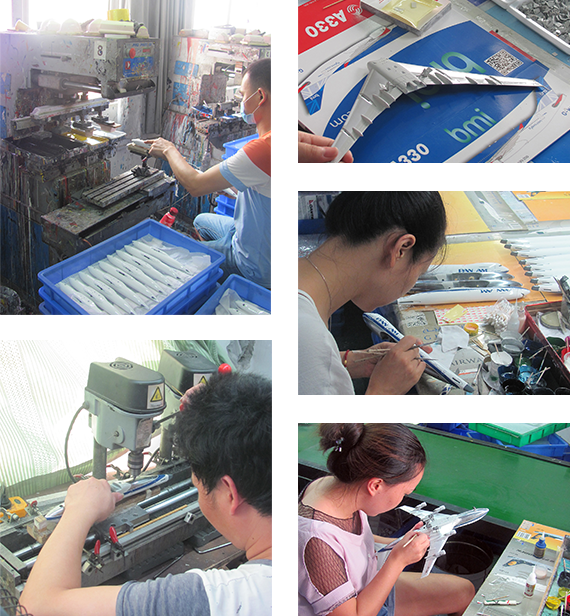 All orders are fulfilled from the distribution centre in Hong Kong and shipped out all around the world to the relevant distributors, who in turn distribute to their authorized retailers.

We would like to thank the retailers for their support of our product and collectors worldwide for purchasing our product. 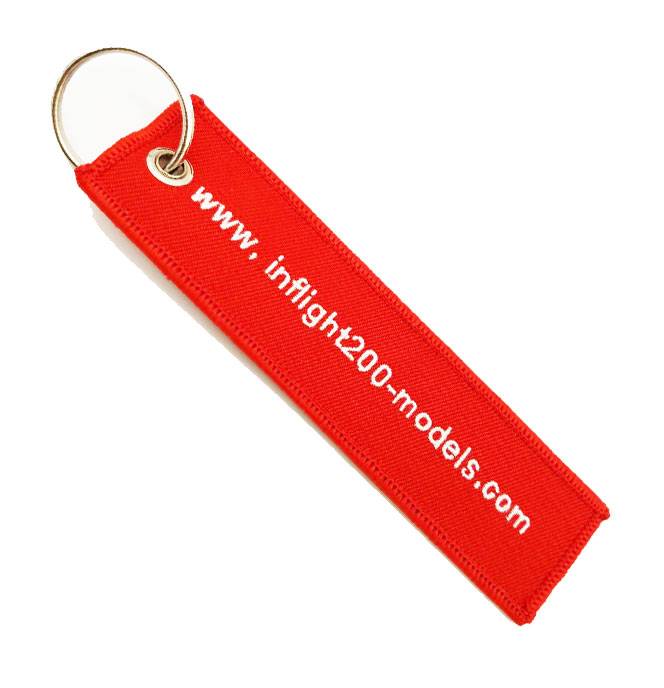 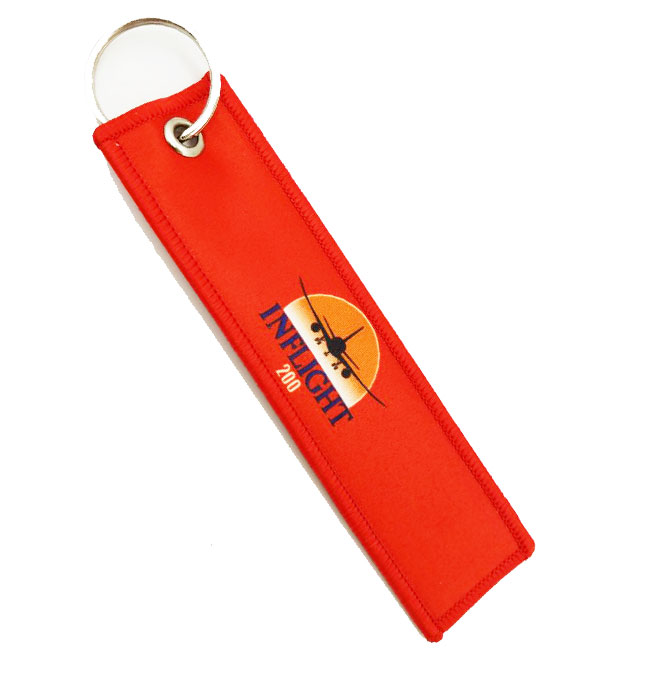 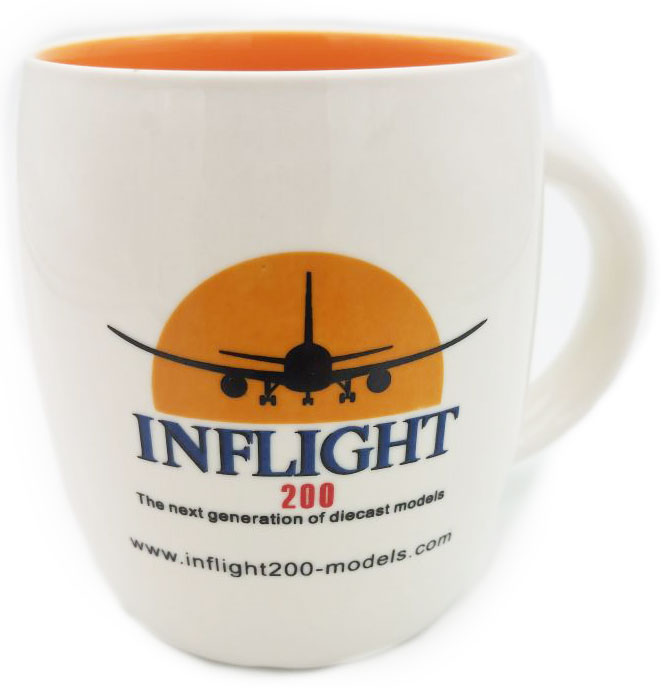 EVER WANTED AN AEROPLANE WITH YOUR DESIGN / LOGO now you can!! 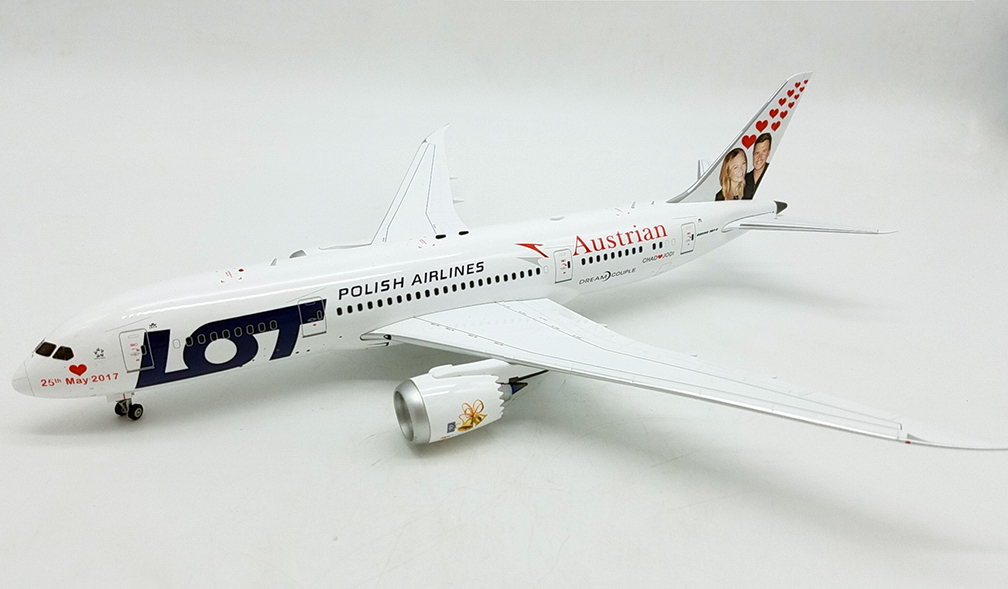 For any question and suggestions, please provide us with the information below so that we can get back to you as soon as possible. You can also email us at inflight200@hotmail.co.uk

Thank you! Your submission has been received!

Oops! Something went wrong while submitting the form :(